Irena Régine Wieniawski (aka Poldowski) came from a world-famous line of musicians. Her father, Henryk Wieniawski (1835 – 1880), was steeped in music from birth and from a young age, made a name for himself as both a violinist and composer. He embarked on extensive world tours, often accompanied by his brother Joseph, an equally accomplished and respected concert pianist and composer. It was through his friend and colleague Anton Rubinstein, the celebrated pianist, that Henryk met the Hampton family in London and fell passionately in love with their daughter, Isabella. Isabella’s mother looked kindly on the match – her brother was a famous Irish pianist by the name of George Osborne, and so perhaps she felt more comfortable with yet another musician in the family. But Isabella’s father was more hesitant to accept this vivacious violinist into the family.

A romantic story tells of Henryk Wieniawski finally winning over his future father-in-law by playing his own composition Légende on the violin and gaining his approval. But a more realistic account states that Mr. Hampton only consented to the marriage after insisting that Henryk take out a substantial life insurance policy and stop touring so much in favor of settling into the responsibilities of married life. Henryk and Isabella eventually married in Paris in August 1860 with quite the wedding party! Rubinstein had the privilege of walking Isabella down the aisle, while the opera composer Gioacchino Rossini served as witness and Belgian composer and violinist Henri Vieuxtemps provided the music. Henryk and Isabella then moved to St. Petersburg, where he had been engaged as the court musician. There, Henryk continued to compose, perform, and teach. He imparted a particular bowing technique to his students, which many still use today when playing particularly difficult staccato passages. Sadly, Henryk developed a heart condition and died, while on tour, at the young age of 44 years old.

In 1896, Isabella moved her young family of four children back to London, and our story of Régine Wieniawski begins. It seems that Régine held her father’s same zest for life and music, but that didn’t preclude the rest of the family from living intriguing lives. Régine’s older sister Henryka Klaudyna (Henrietta Claudine) married an American stockbroker named Joseph Loring, who was aboard the Titanic during its doomed voyage across the Atlantic. After hearing news of his death, Henrietta booked her own passage to New York on the Carmania, from which she cast flowers into the sea near the site of the Titanic‘s sinking. This poignant scene inspired a New York Times article entitled “Flowers for the Ocean Grave,” which may in turn have have inspired the painting Le supreme adieu, by the French artist Rene Achille Rousseau-Decelle. In the painting, Henrietta is shown casting flowers into the sea, with icebergs floating placidly in the background.

Meanwhile, Régine’s son, Brian Dean Paul, earned his nickname “Napper” from his tendency to fall asleep in doorways due to his drug use. He seemed to continue the family tendency to be well-connected with the arts scene – he was a good friend of Lucian Freud and even had his portrait painted by him in 1954! Brian Dean Paul led an apparently less eventful life than his sister, living out his days quietly until his death in 1972, which also marked the end of the Paul baronetcy.

More first-hand information about the goings on of the Bright Young Things can be found in the novel Vile Bodies by Evelyn Waugh. Waugh moved in the same circles and it is said that Brenda Dean Paul inspired at least one character in the novel. (Stephen Fry created a film adaptation called Bright Young Things in 2003, featuring such celebrated actors as Peter O’Toole, Stockard Channing, Emily Mortimer, David Tennant, and Michael Sheen.)

As for Régine herself, it seems that in addition to her musical creations, she also dabbled in fashion at one point (possibly after separating from her husband, although the dates and circumstances are unclear). Régine set herself up as a dressmaker for society ladies and some of her clients were even members of the royal family, but she had to wind up the business when it started taking a toll on her health. Her sudden and early death prompted many tributes from fellow musicians and critics alike, speaking to her much-loved personality as well as to her musical contributions.

From tsars to stars, just imagine how many lives would have been changed had Mr. Hampton not approved that initial marriage between Henryk and Isabella! 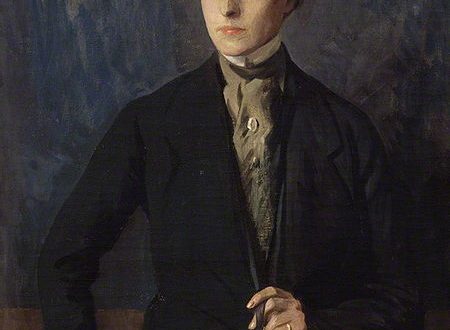 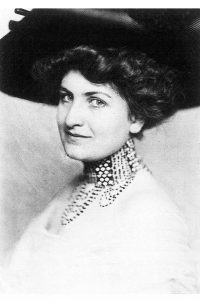 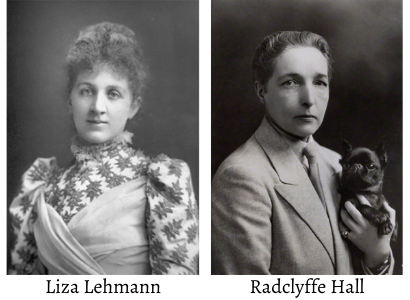